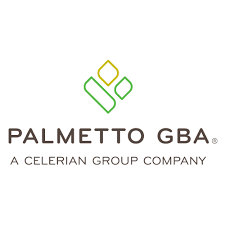 This case study demonstrates the importance of reimbursement planning commencing in the R&D phase. This study is intended to demonstrate why payers’ coverage policy decisions, not coding, is a major reason for payers to deny reimbursement of new medical technologies.

The company’s business need was for us to help them with the preparation for their Series C fund raising efforts. We did this by identifying the most favorable physician and hospital reimbursement pathways and to outline the plan to secure the payer approvals in the absence of reimbursement mechanisms.

We made three strategic decisions early in our work, they were,

1) Use comparative, not an absolute, analysis methodologies.

As noted above the company initially requested us to focus our work solely on their procedure, that is to conduct an absolute analysis. We strongly believed it was to the company’s best interests to understand how competitive and gold standard procedures such as drug therapy, surgery and other catheter-based approaches are reimbursed. The company agreed.

In addition, the company initially asked us to concentrate our work on identifying physician reimbursement pathways. We concluded it was to the company’s advantage to understand the reimbursement pathways for the hospital provider and to not focus solely on the physician. We made this recommendation after reviewing hospital admission data and recent payer policy changes. These new policies placed more financial responsibly for patient care on the hospital providers. As a result, the hospital would have more authority in the purchasing decision.

Finally, we introduced the planning concept of identifying the Beachhead Payer for the company’s procedure. The determination of the Beachhead Payer is one of several key strategic decisions made by companies in their reimbursement planning. To identify the Beachhead Payer, required us to write algorithms in order to extract multiple consecutive years of anonymized patient data from U.S. private and public payers. Following the data extraction phase, we conducted a longitudinal analysis to determine the Beachhead Payer.

Based on our payer data analytics, we recommended Palmetto as a Beachhead Payer for the following reasons;

3) Aggregate reimbursement amounts were less but not materially so relative to U.S. commercial payers.

4) A patient population who could benefit from our company’s improved procedure.

Just as invaluable to our client was a definitive understanding of the Palmetto reimbursement pathways for competitive and gold standard procedures such as medical therapy, surgery and other catheter-based procedures.

Our work identified hospital and physician reimbursement from Palmetto was adequate. We also concluded the competitive catheter-based procedures could be vulnerable to possible coverage policy changes due to overuse. If these changes were ever to be enacted, the result would most likely be a reduction in physician and facility provider reimbursement.

This potential policy change demonstrates an often-overlooked fact; payers’ coverage policy decisions do affect reimbursement for new technologies. Based on the potential for the policy changes we put into place an ongoing monitoring program designed to alert the company when public and (selected) commercial payers are considering changes to relevant coverage polices.

Regarding the company’s more immediate need, preparing for the Series C round, our work and findings were included in the documents and presentations shared with investors. On behalf of the company we were able to speak with investors to explain the reimbursement pathways for the company’s procedure and to put into context the risks and opportunities that lie ahead